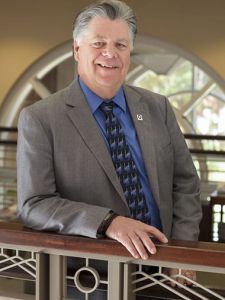 The association of public broadcasters elected Bob Culkeen, general manager of WSRE-TV, as its new vice chairman during the group’s annual board meeting in July.

Florida Public Media (FPM) is the organization of 24 public radio and public television stations in the state. The stations broadcast programming by NPR and PBS, and a wide range of news, public affairs, and music producers. TV members provide the main distribution of The Florida Channel, and radio members serve as the backbone of the Florida Public Radio Emergency Network (FPREN).

FPM is the state’s leader in educational programming and emergency communications.

The board also elected the following new officers:

“Public media in Florida touches millions of lives each day and I couldn’t be more proud to work with my colleagues across the state to help ensure our work in education, news and information, public safety and service to the community and state remains on a track of growth and even greater impact in the future,” Wright said.

“Projects like FPREN highlight the unique power of public media during the most challenging of times.”

“Public stations across the state are there for Floridians when they need it most. While we don’t enjoy hurricanes, tropical storms and other emergencies public media sets the standard for community service and being a voice of calm and reason that people can count on during these events. I’m very proud of what public media in Florida is doing for our state related to public safety and emergency messaging.”

Located on the University of Florida campus, FPREN has been widely recognized in the state and on the national level for its leadership in public safety communications.

In March 2019, it won the prestigious Community Lifeline Award presented by the Corporation for Public Broadcasting.  In May 2018, FPREN received the Public Information Award at the 32nd Annual Governor’s Hurricane Conference Awards.