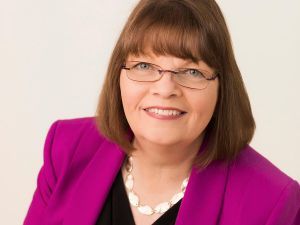 Pensacola State College has appointed Jill Hubbs to serve as interim general manager of WSRE and executive director of the WSRE-TV Foundation. She joined the PBS member station in 1996 and has served as director of Educational Services and Outreach. She is replacing Bob Culkeen, who joined WSRE in 2016 and has been named president and chief executive officer of WTCI in Chattanooga, Tenn.

Hubbs is a graduate of Pensacola State College and the University of West Florida with a bachelor’s degree in Early Childhood Development and Elementary Education.

A former school teacher, she has successfully launched major early learning initiatives and teacher training programs during her 23 years at WSRE. Most recently, she led the opening of a neighborhood Imagination Station early learning activity center at Weis Elementary School.

She is also the award-winning executive producer of several WSRE productions, including “Gulf Islands National Seashore: The Treasure of the Gulf Coast” and “Baseball in Pensacola.” She produced “They Were Their Fathers” in commemoration of the 50th anniversary of the Vietnam War, resulting in national broadcasts, screening events at the presidential libraries of Ronald Reagan and Richard Nixon and last year’s week-long Reading of the Names at the Wall South in Pensacola’s Veterans Memorial Park, for which she is a founding board member.

“Jill lives the mission of public television on and off the job. Her work at WSRE has positively impacted many lives in our community, particularly our children, teachers and military. Bob will be missed, and fortunately Jill is well poised to build upon his successes with a solid team at WSRE and PSC,” said Sandy Cesaretti Ray, PSC’s associate vice president of Community and Government Relations.

“I am grateful to Bob Culkeen for his service to the station, college and community. His accomplishments here have been significant, from launching the new WSRE PBS KIDS channel to completing technology upgrades that will serve us well into the future. We will miss his fun sense of humor, and we extend our congratulations to Ms. Hubbs on her new leadership role,” said PSC President Ed Meadows.