Pensacola State College has been awarded a nearly $12 million grant to fund construction of Phase II of the replacement of the Mary Ellison Baars building, which was demolished in 2019.

The $11,998,919 grant comes from Triumph Gulf Coast, the organization charged by the state of Florida with distributing the $1.5 billion settlement from BP stemming from the 2010 oil spill.

Money from the grant will help fund the 46,133-square-foot Bear, Jones, Moore and Reeves Advanced Technology Building construction, which will be home to Cybersecurity/IT programs and other high-tech fields. Funds also will be used to purchase equipment, supplies, certificate and student fee waivers, recruiting, technology and faculty positions for Cybersecurity/IT programs.

The building’s name pays tribute to four prominent Pensacola families who have collectively given $1 million to fund STEM-related scholarships at the College. 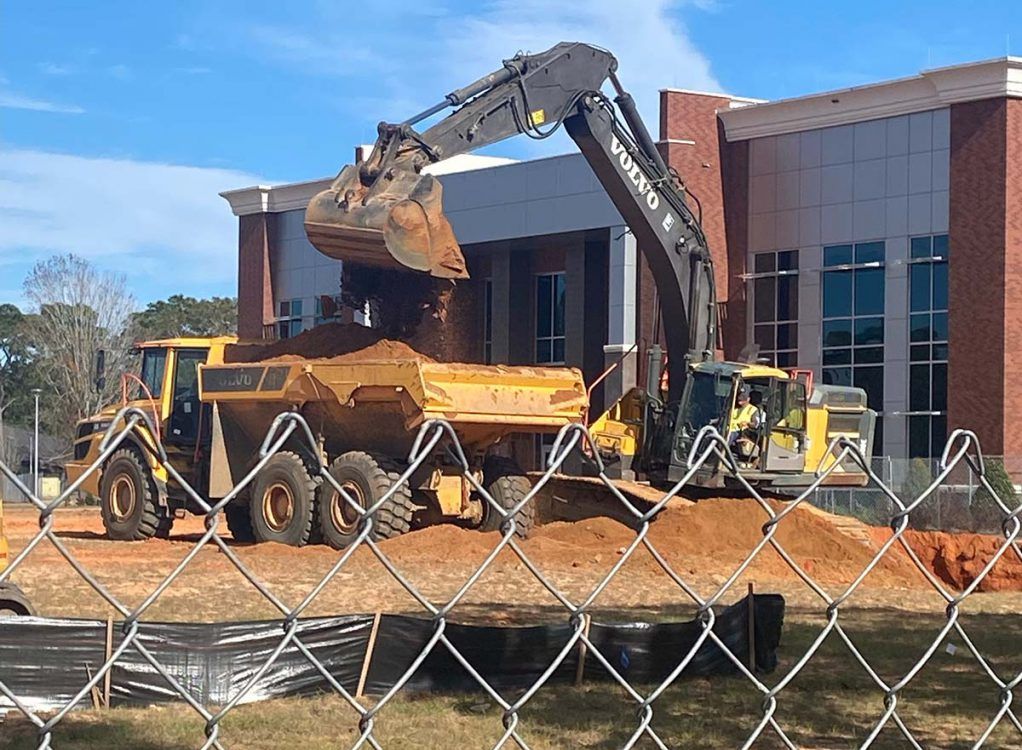 Construction is underway on what will become the Bear, Jones, Moore and Reeves Advanced Technology Building.

Cost for the Bear, Jones, Moore and Reeves Advanced Technology Building is estimated to be $22 million to $25 million. Funding is also provided by the state, which previously gave the College $15.4 million for the construction project and is expected to commit another $3.5 million later this year.

“While we are grateful to the state and our local delegation, especially Sen. Doug Broxson, without the Triumph funds it just would not be enough,” PSC President Ed Meadows said. “We’ve been attempting for nearly 10 years to fully replace an antiquated building that served us well in the past. We now have the funds to not only complete construction, but to grow, accelerate and expand our existing IT and Cybersecurity programs, as well as support our mathematics program. I think this is truly a huge shot in the arm for PSC and the community.”

The grant requires PSC Cybersecurity/IT programs to issue at least 6,448 industry-recognized CAPE certificates over a 10-year period. The grant will be paid over a three-year period.

The Florida Career and Professional Education (CAPE) Act was created to provide a statewide planning partnership between the business and education communities to attract, expand and retain targeted, high-value industry to sustain a strong, knowledge-based economy.

Site work for the Bear, Jones, Moore and Reeves Advanced Technology Building began in January, with the building tentatively scheduled for competition by December 2023.
Phase I was the construction of the $15 million, 23,839-square-foot Baars Technology Building, which opened in April 2021.

The Bear, Jones, Moore and Reeves Advanced Technology building also will include a third-floor connector linking both Phase I and Phase II buildings. A rooftop terrace that can be used as an event space is also part of the construction plan.