Pensacola State College and Pensacola-based contractor, the Morette Company, held a “Topping Off” ceremony on Wednesday to celebrate the placement of the final structural beam on the Bear, Jones, Moore, and Reeves Advanced Technology Building.

The facility (estimated to cost $22 million to $25 million) is scheduled for completion in December 2023.

A “Topping Off” ceremony – which originated in ancient Scandinavia ─ celebrates the last structural beam going into position on a building project. The tradition includes the placement of a tree, wreath or branch on the beam and the beam is then signed by all of those who worked on the project before it is raised.

“It’s going great and I’m really happy with where we’re at,’’ said Mike Morette, president of the Morette Company ─ the general contractor for the construction project. “We’re happy to be able to connect the two buildings.” 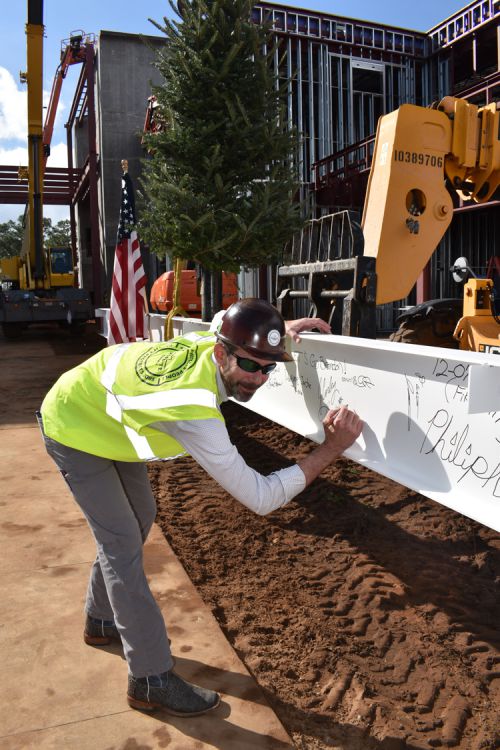 Both buildings replace the Mary Ellison Baars Building which was demolished in 2019.