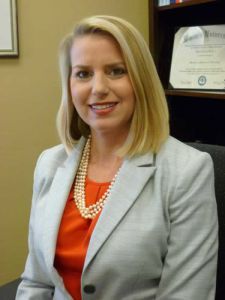 Sluder had worked as a faculty member and served in various administrative positions on the campus. She took over as dean on Sept. 1.

She worked as a registered nurse at Sacred Heart Hospital and Santa Rosa Medical Center for several years before going back to Pensacola State as an adjunct professor from 2006-2008. Since that time, Sluder has worked as interim director of nursing, director of nursing and assistant dean of the Warrington campus.

“She was an outstanding Pensacola State student. As a faculty member, she was respected by her colleagues and loved by her students. As an administrator, she fulfilled her duties and responsibilities but also made time for our students. In her new position, I have no doubt that she will continue to go over and beyond for the college,” he said.

Active in the community, Sluder is a member of the Health Services Advisory Council which serves Escambia and Santa Rosa counties, the Florida Council of Nurse Educators and Administrators, and is a 2012 graduate of Pensacola State College’s President Leadership Institute.