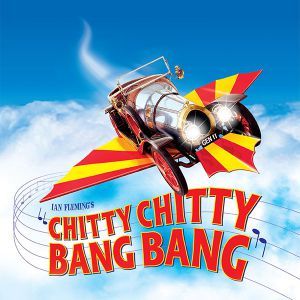 Based on the 1968 British-American film directed by Ken Hughes, the stage play will feature music and lyrics by Richard M. Sherman and Robert B. Sherman. Music is by special arrangement with Sony/ATV Publishing.

The production also will be based on Jeremy Sams’s adaption of the film about Ian Fleming’s children’s 1964 book, “Chitty Chitty Bang Bang: The Magical Car.”

The stage play chronicles the misadventures of Caractaus Potts, an eccentric inventor, who restores an old race car with the help of his children, Jeremy and Jemima. The family soon discovers the car has the ability to fly and other magical properties.

Also, Mary Owens of Service Dog University Inc., a non-profit that trains and provides service dogs, will provide four dogs to work as canine actors with the students.

University of West Florida’s Tom Baroco and Dr. Peter Steenblik are special guests as musical directors this summer and represent the partnership between the College and UWF.

Baroco is a theater instructor at the university, while Steenblik is an assistant professor and director of choral activities.

Reserved seating tickets are $16 for “Chitty Chitty Bang Bang,” and may be purchased at performingarts.pensacolastate.edu or by calling 850-484-1847.

The following high schools are represented in the cast: