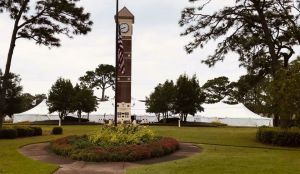 But in the immediate days after the storm, the PSC Pensacola campus was a staging area for the State of Florida’s emergency central fueling station.

Gulf Power Co. also used the campus to house out-of-town power workers from Florida Power and Light who came to Northwest Florida from across the South to restore power to the region.

Large tents were set up on the lawn in front of Building 10 (Business) where several hundred Florida Power and Light lineman rested, spent their evenings and slept during work breaks.

“The whole west side of the Pensacola campus was a tent city,” said Pensacola State College President Ed Meadows. “We had over 100 bucket trucks on campus.” 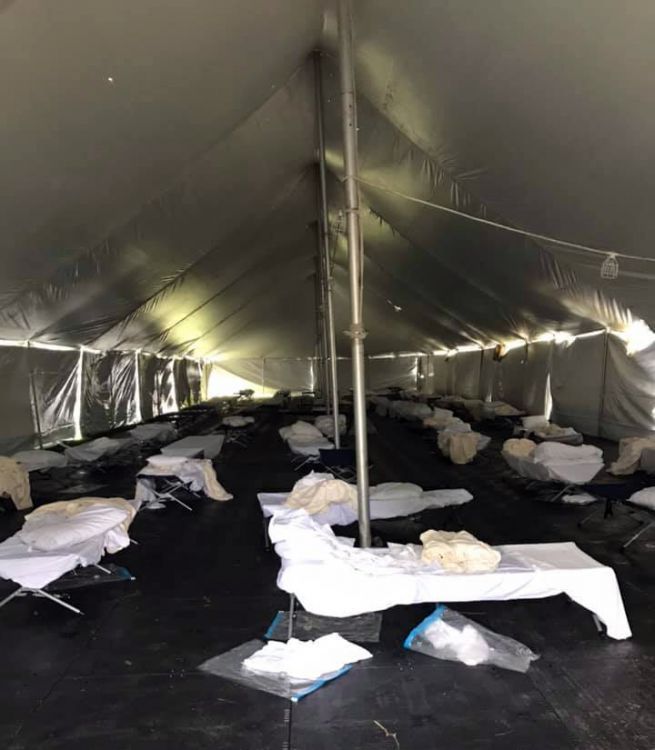 Michael Johnston, PSC executive director of Institutional Research, visited the tents and talked to some of the workers.

“I never thought I would see a tent city in the United States, but I am grateful our campus could open up for the community and those workers in need,” Johnston said. “The aftermath of Hurricane Sally is sobering. I have met dozens of people that have traveled from all over the United States to help. I am beyond grateful.”

“We were glad we could do it,” Meadows said. “What a wonderful public service we were able to provide to a damaged Northwest Florida.”