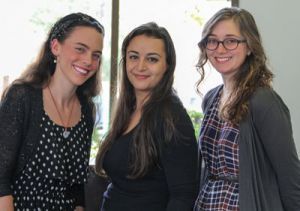 The Kilgore Review literary magazine won second place in fiction for a submission from Michael Hughes and third place in poetry for works by Becca Juntunen, Sarah Berrisford and Charles Phillips.

Third place winners were Bara’ah Jaraiseh for illustration, Husna Swaleh for comic strip and for editorial cartoon, and Bogers for feature story and for feature photo.

During the two-day conference, Jaraiseh and Rebecca Smith participated in an On-the-Spot Photo contest and won first and second place respectively.

Winning entries were published on campus during the 2014-2015 academic year. Serving as publications advisers were Todd Neuman and Mike Will for The Kilgore Review and James Hagan for The Corsair.