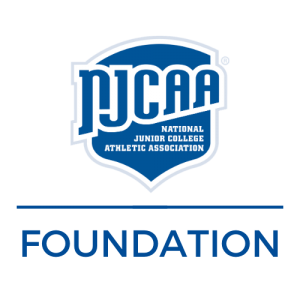 The program – which is scheduled to field its first team in fall 2023 ─ received a $2,000 NJCAA Sport Opportunity Grant. Awarded based on need and allotted funding, the grant is available for NJCAA member colleges to apply as they expand sport offerings at their institution while increasing student-athlete access and achievement.

PSC President Ed Meadows and PSC Athletic Director Bryan Lewallyn were appreciative of the grant and the chance to offer another athletic program to the community.

“There are literally thousands of high school players and other youth league players in our community,” said Meadows, whose own grandchildren play soccer.

“This is a chance to widen our service to the community and give some of our local players an opportunity to continue playing after high school.”

“Soccer is the biggest sport in the community right now,’’ Lewallyn said. “This gives PSC another connection to the community that wasn’t there. There’s a huge soccer community in our area so this is certainly a positive move.”

Lewallyn said the grant will assist with initial startup costs for the program ─ uniforms, balls, nets or other equipment.

“We are also incredibly grateful to the NJCAA for awarding PSC this grant and to Dr. Debbie Douma (the College’s dean of Grants and Federal Programs) for writing the request for the grant,” he said. “Any support we receive will help us. The $2,000 will go a long way to help with the startup costs.”

Brian Luckett, NJCAA Foundation Executive Director, said the organization is excited to further support the growth of NJCAA member colleges and the sport programs they offer through the newly created grant.

“The ability to provide this funding for the first time ever is a testament to the importance and growth of two-year collegiate athletics,” Luckett said. “The NJCAA Foundation looks forward to this initiative’s impact as NJCAA member colleges continue to create opportunities for student-athletes across the country.”

Lewallyn said the Lady Pirates will compete against those schools and colleges in Mississippi, Georgia and possibly Louisiana and Tennessee.

A coach has not been named, but the Lady Pirates team will have 18 to 22 players. The College will recruit student-athletes from local high schools, and some student scholarships are available. Also, walk-ons will be accepted.

“There’s nowhere in particular we’re looking even though Gulf Breeze, Catholic High and (Booker T.) Washington all have outstanding teams,” Lewallyn noted. “We’ll be looking at players from all over Escambia and Santa Rosa counties and maybe across the border into Alabama.”

The soccer team will be the second women’s athletic program the College has added in recent years and will compete at the Division II level. In 2019, a women’s cross-country team joined the roster of PSC athletic programs.

The mission of the NJCAA Foundation is to enhance the NJCAA national organization, student-athletes, member colleges and local communities through financial support, scholarships, program initiatives and community service.