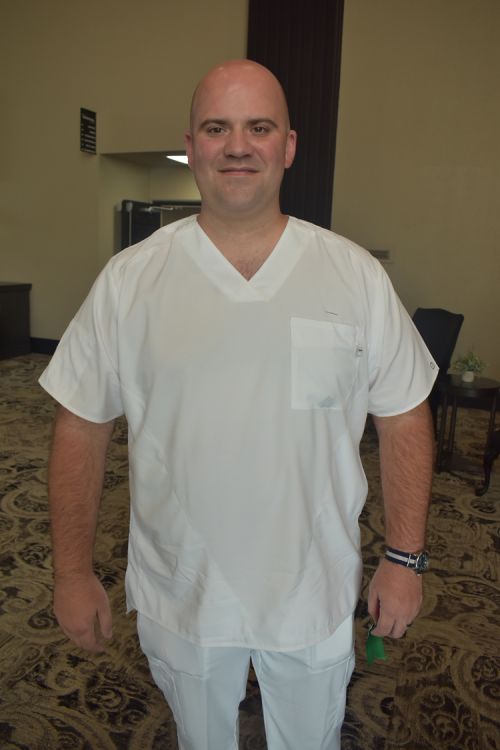 Pensacola firefighter Blane Coomer has already delivered a baby this year after responding to a call. That’s even before he received his nursing pin.

On Aug. 4, Coomer made it official. He was one of 65 Pensacola State College Associate of Science in Nursing students who received their nursing pins during a Pinning Ceremony at First Pentecostal Church in Pensacola.

“I’m glad it’s finally here,’’ Coomer said. “It gives me more medical knowledge. I’m going to stay with (Pensacola Fire Department), and I’ll be contesting the board for medic so that I’ll be advanced life support.”

In the crowd, his wife, son and other family members who were among the hundreds who attended the emotional event where nurses recite the Florence Nightingale Pledge affirming their commitment to the noble profession.

PSC President Ed Meadows asked the nurses to find their family members in the crowd and applaud them for all the support they provided through the tough academic journey.

Angela McDaniel was one of the many grandparents in the near-packed church. She was there to support her granddaughter, Jaenisch Walters. Walters’ sister, Sheldra Johnson, was also there to celebrate the new nurses. 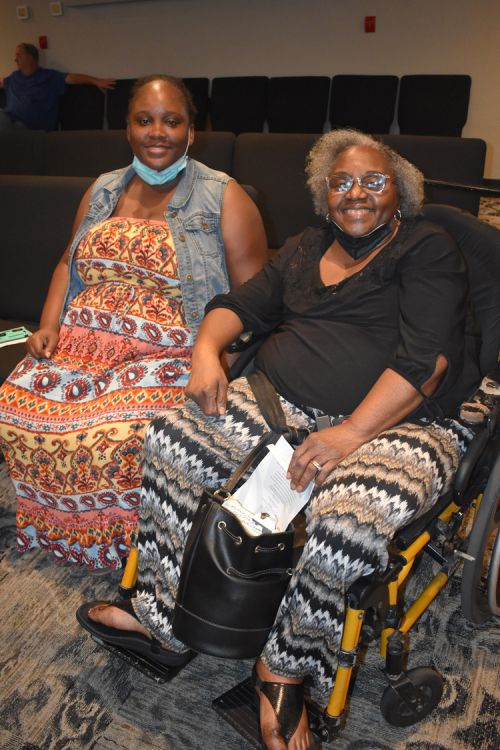 “I am so proud of her,’’ McDaniel said. “I helped raise her when she was a little girl and I know how hard she worked to get where she is. And I’m happy to be here to see it.”

Meadows said the nurses will be making immediate impacts in our community.

“It’s a very special career that you’re embarking on,’’ he said. “You are going to carry on the tradition of the great PSC nurses working in our clinics and our hospitals.”

Guest speaker Gabe Bullaro, CEO of HCA Florida West Hospital, told the nurses that their entrance into the profession “is a triumph for you and the community.”

He urged the new nurses to consider working at the hospital he leads, but said that wherever they go, they should always keep gaining knowledge in the profession. 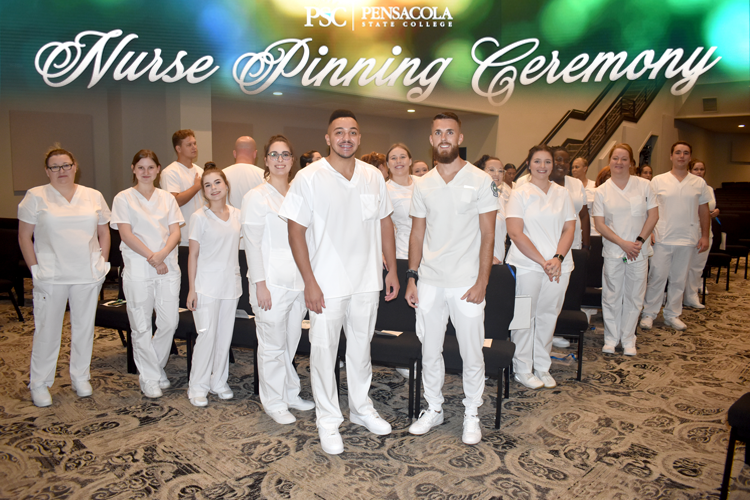