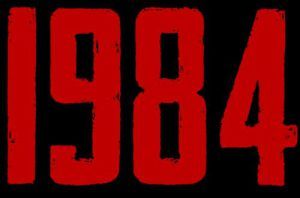 Adapted for the stage by Robert Owens, Wilton E. Hall Jr., and William A. Miles Jr., the production is based on the 1949 novel. Set in Airstrip One, formerly Great Britain, the play is about residents who are victims of war, a totalitarian government and public manipulation.

Axel Barry will portray Winston Smith – the protagonist everyman who is curious about life before the revolution. A sophomore, Barry will graduate in May and attend Jacksonville University in the fall.

Caymond Hodge, a Pensacola State graduate, will be Julie, Winston’s love interest and member of the fanatical Junior Anti-Sex League. Tyler Cole, a Pensacola student, portrays O’Brien, an Inner Party member who poses as a member of The Brotherhood, the counter-revolutionary resistance group.

Other Pensacola State graduates and students round out the production’s cast and stage crew. The play is being produced by special arrangement with The Dramatic Publishing Company of Woodstock, Illinois.