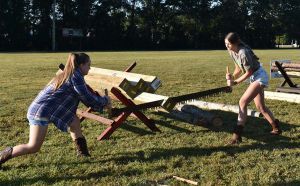 Fortunately, the knife and axe throwing, and the rest of the true Lumberjack competitions took place in the open track area of Pensacola State College’s Milton campus, while cross-country and disc golf took to the trees. Otherwise, it could have been messy.

It was the first Lumberjack Festival since 2019. The 2020 event was canceled because of COVID-19.

“This is our first year back, so it’s a rebuilding year,” said Jennifer Hill Faron, dean of Milton campus and event organizer. “But we have a lot of people out here enjoying themselves and a lot of people commented on how much they like having it here where it’s so spaced out.”

Previously, Lumberjack events were held near the woods behind Building 4200 at the campus, but this year the events were moved near the track to provide more open space.

The event featured vendors lining the track, selling crafts ranging from homemade soaps to handcrafted jewelry to “space candy.” In the parking lot near the track, food trucks sold everything from ice cream to Asian and Cajun foods.

But the main attraction were the Lumberjack events, including knife throwing, axe throwing, cross-cut sawing, compass and pacing and more.
There were 58 Lumberjack participants throughout the day.

Athletes and coaches from the College’s softball and baseball teams volunteered at the event – helping set up, monitoring events and even playing with youngsters in the children’s area.

“It was a huge help to have them out here,” Hill Faron said. “They have done a lot of work for us.”

It was a great opportunity for the coach to scout for good arms.

“One of the best arms was one little left-hander who was about 8 years old,” Lewallyn said. “I said ‘Alright kid, keep us in mind.’”

Some of the Lumberjack participants are serious about their skills.

The key to a good throw?

“On the half-spin throws, you need to find a static point to throw from,” Willis said. “As long as the throw’s the same and the release is the same, you’ll get the same result every throw. If you’re doing a no-spin type technique, it’s more intuitive and a little bit trickier.”

Navarre High School sent a contingent of about 20 students to compete in the festival. Navarre was the only high school that had an official team for the event.

“They’re having a blast,” Fox said. “I don’t know how we’re doing as far as scores and times, but I know they’re all having a great time.”

“This route is different than the Washington High School Invitational with more challenging terrain including bridges, water crossings, and uneven footing. The course embodies the true spirit of cross-country racing and we are excited to be able to offer this to the Northwest Florida running community.”

The inaugural Lumberjack Launch disc golf tournament drew 103 disc golfers to the festival, throwing through the very woods that the cross-country teams ran through. At times, disc golfers would have to give way for a few moments while runners raced through the tough terrain.

The disc golf tournament was organized by PSC alumnus Ryan Vann and sponsored by his Flight Factory disc golf online and retail company. He said he hopes to make the tournament a regular part of the Lumberjack Festival. (It’s a great fit. A handful of disc golfers felt they were doing a little lumberjacking themselves because of trees being hit by discs.)

The winners from 2021 PSC Lumberjack Festival were: 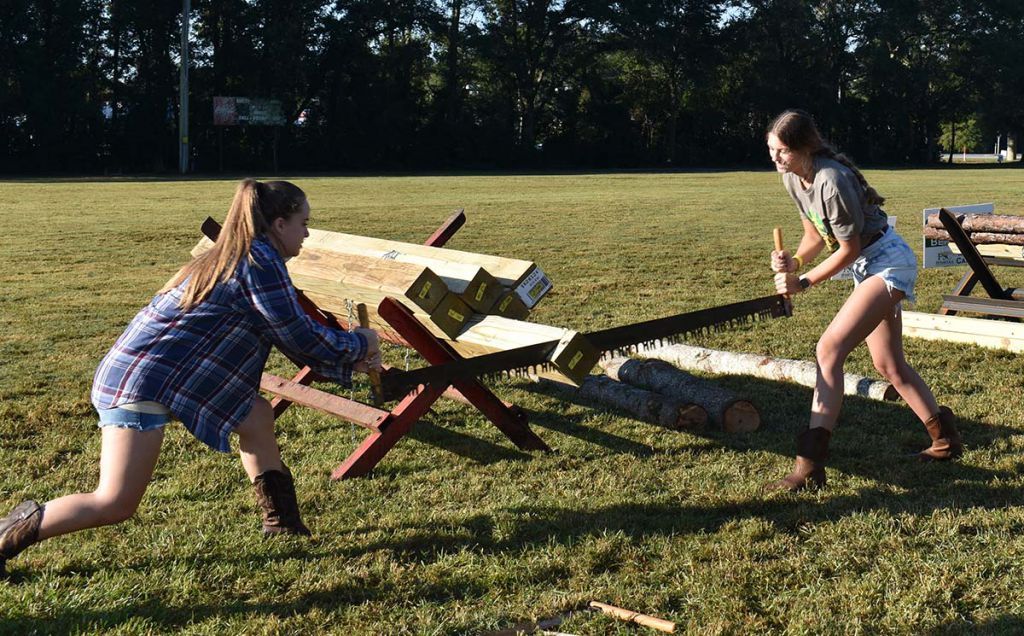 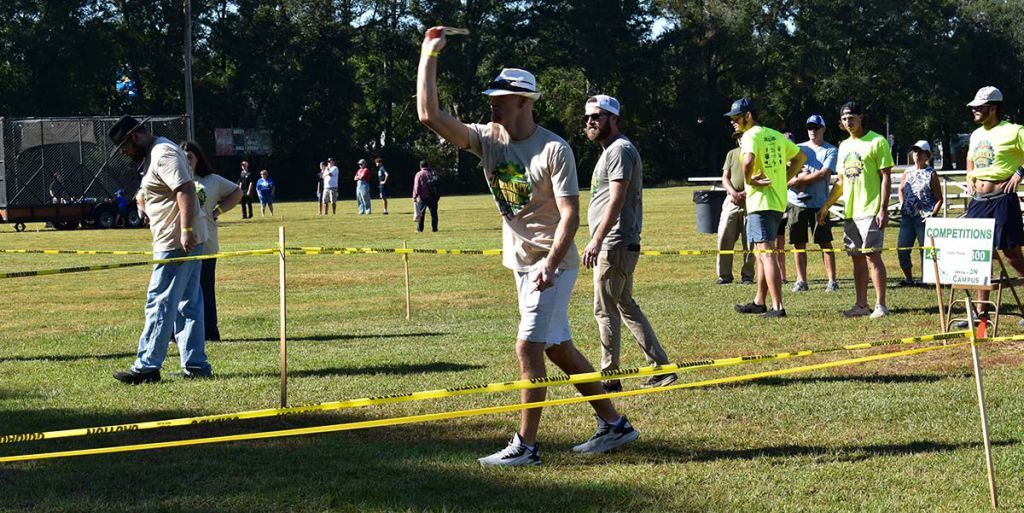 A knife-toss contestant at the 2021 Lumberjack Festival. 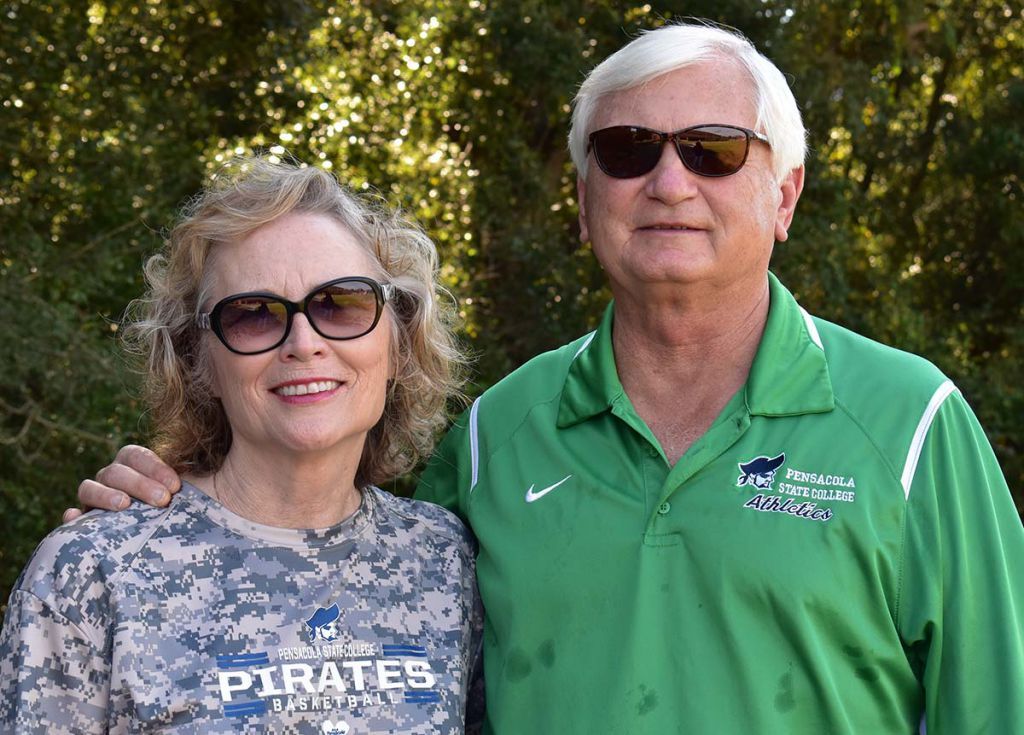 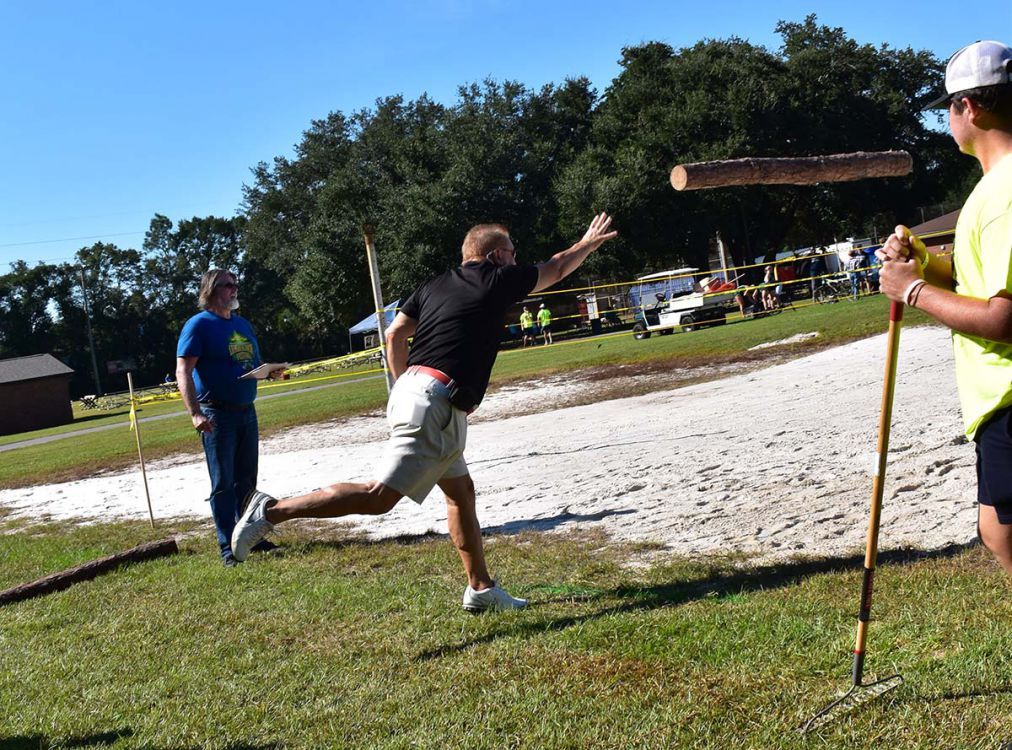 A pole-toss contestant at the 2021 Lumberjack Festival. 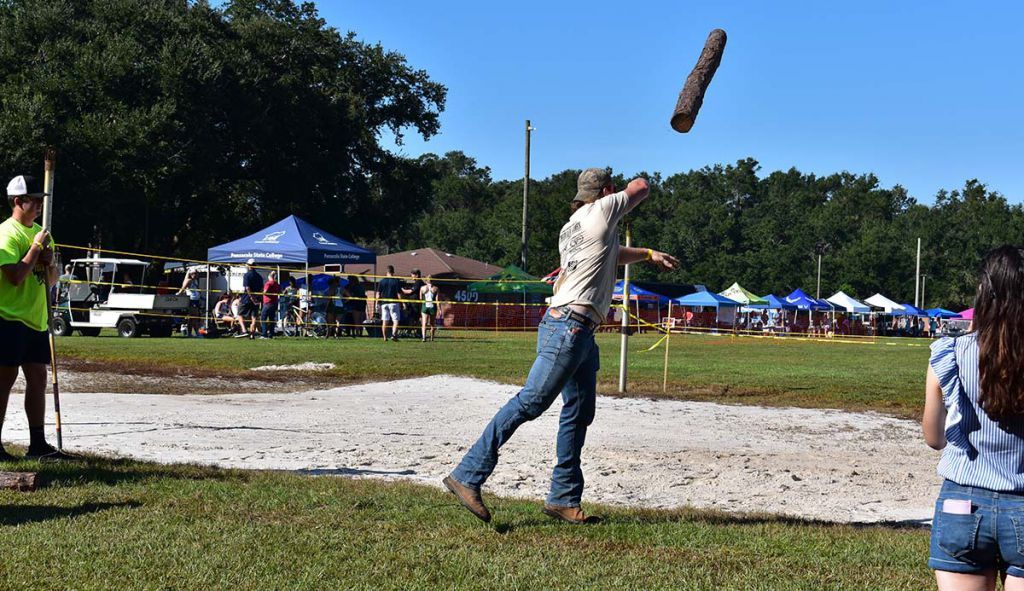 A pole toss contestant at the 2021 Lumberjack Festival.