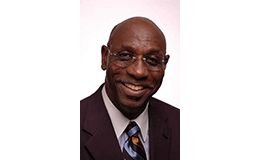 The public is invited to this free event and no tickets are required. Doors open at 5 p.m.

He gives insight and analysis of social concerns affecting African-Americans in particular and humanity as a whole. His lecture is followed by a question and answer session, refreshments and a book signing.

Dr. Akbar has established a highly respected reputation for his research in African-American psychology. His scholarship in this area has led to numerous honors including the Distinguished Psychologist Award from the National Association of Black Psychologists; Honorary Doctorates of Human Letters from Edinboro University of Pennsylvania and Lincoln University as well as commemorative Days named in his honor in a half dozen major American cities and a Development Chief in Ghana, West Africa.

He has served on the boards of directors of several important civic and professional organizations, including the Board of the National Association of Black Psychologists to which he was elected president in 1987.

Dr. Akbar is a graduate of the University of Michigan, where he earned the B.A., M.A., and Ph.D. degrees. He served as chairman of the Department of Psychology at Morehouse College and on the faculty at Norfolk State University. In 2008 after 28 years, he retired from the psychology faculty at Florida State University, to devote full time as president of his private consulting and publishing company.

He has received world renown for the important books that he has written, especially his widely read “Visions for Black Men” and “Breaking the Chains of Psychological Slavery.” He has been sought as an expert on numerous national television talk shows including “The Oprah Winfrey Show,” “Tavis Smiley’s Annual State of Black America,” and “The Geraldo Show.” Significant articles about him have appeared in many national and international newspapers and magazines, including The Washington Post, and Essence Magazine.

Akbar has been lauded for his eloquence and expertise at conferences on five continents and he is recognized as one of the great thinkers and orators of our time. He identifies himself as most notably, the father of three highly successful adult children and three young grandchildren.

For more information, contact the PSC Institutional Diversity Office at 850-484-1759.