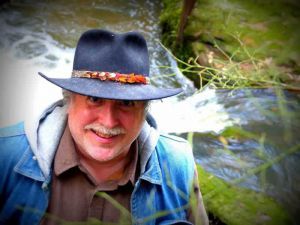 Pensacola State College History Professor Brian Rucker gives a fresh look into the Civil War era and how the war impacted so many lives in his latest book, “Mine Eyes Have Seen: Firsthand Reminiscences of the Civil War in West Florida.”

In this 140-page volume, Rucker compiles personal narratives of military and civilian citizens who participated in Civil War activity in the Florida Panhandle. Many of these accounts are eyewitness recollections from people who left behind details not found in the official military records.

Historic photographs, sketches and maps in the book also shine light on this tumultuous time in American history and its impact on West Florida.

Having authored and edited dozens of books and articles related to West Florida history, Rucker says the inspiration for this publication came about unexpectedly.

“While researching another project, I began reading through old Florida newspapers of the late 1800s and early 1900s and discovered a lot of interesting Civil War veterans’ reunions, where the elderly participants began to reminisce about their participation in area battles and military actions,” Rucker explains.

“They were presenting fresh details not found in the official military records, and at times offered a more human face to the war. So, I began to collect and edit as many of these accounts as possible, ultimately producing this volume.”

Clearly a labor of love, “Mine Eyes Have Seen” holds some stories that are particular favorites for Rucker, such as the section where two people are describing the same battle, but with different viewpoints and interpretations.

“There is also a great account of a spy who was captured at Fort Barrancas and hung! But he was cut down at the last moment, survived, and became a preacher!” Rucker relates.

“I like the fact that these voices of the past are not major military or civilian figures, but mostly average people who survived a horrendous national upheaval and were able to recall their ordeals many years later.”

With ancestral roots reaching back to the 1840s in this region, Rucker’s talent for bringing history to life goes beyond research and writing. He is involved with numerous local historical societies and agencies, and leads field trips to various historical sites in the area.

On a much broader scale, Rucker represents Pensacola State on the Board of Directors for the Gulf South Historical Association, a consortium of Gulf South colleges and universities that preserves and promotes the history and the cultures of the Gulf South through an annual exchange of scholarly research open to the public.

In 1968, Pensacola State was a founding member of the GSHA and in 2017, Rucker will serve as the GSHA president when Pensacola State College once again hosts the annual Gulf South History and Humanities Conference.

A PSC alum, Rucker earned bachelor’s and master’s degrees from the University of West Florida and a doctoral degree from Florida State University. He joined the PSC faculty in 1996 and is a member of the college’s prestigious Academy of Teaching Excellence.