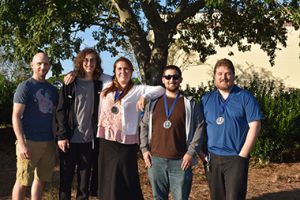 This is the third year Pensacola State has placed at or near the top in the ITEN Summit. In 2016, the College’s team won first place at the competition, and in 2017, the team captured second place.

Owens, the team captain and founder, said the PSC group performed more like a team during the 2018 competition. 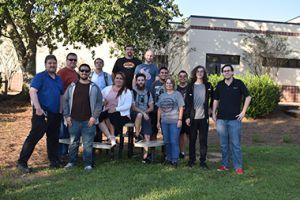 “I’m really proud of our team this year. We were a cohesive unit – each member had a specialty and everyone did their respective jobs very well,” he said. “We consistently communicated with each other, and the outcome was successful.”

The team is now competing in National Cyber League events and preparing for CyberThon 2019.

“We understand that in a field as dynamic as cybersecurity many of our students learn best through doing – rather than observing – which is why it is so critical that curriculum includes hands-on practical experience,” he said. “When these team members go to competitions, that practical experience really shines through and helps them be successful.”

The cybersecurity team has grown into a club – the PSC Cyber Defense Club which meets bi-weekly on Thursdays. The club also holds pen testing labs on the second and fourth Saturdays.

Pen testing, or penetration testing, is more commonly known as ethical hacking. The exercise involves an authorized simulated attack on a network system and is performed to evaluate the network system’s security.

Pratten is the PSC Cyber Defense Club’s main advisor, and Joshua McSwain is the co-advisor. Carter is the club’s coach.