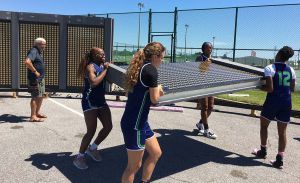 Pensacola State College basketball player Deborrah Redmon wasn’t even born when the United States was attacked on the morning of Sept. 11, 2001.

But Redmon and her teammates know the significance of the event. That’s why the College’s women’s basketball team and baseball team spent part of their Sept. 10th morning and afternoon setting up the somber GoldStars Tribute Wall in the parking lot outside WSRE-TV, the local PBS station based at PSC.

“It means a lot to be able to help put this up,” said the 18-year-old Redmon, a guard from West Palm Beach. Even though we weren’t alive to witness what happened, it still affects everyone to this day.”

The GoldStars Tribute Wall is a traveling memorial which features the names of more than 74,000 U.S. service members who were killed in the Gulf War and the wars in Iraq and Afghanistan. The GoldStars Tribute Wall is part of WSRE’s “Remember & Honor – Freedom Quest” event which commemorates the 20th anniversary of 9/11, and honors the loss of life that occurred and the heroism displayed by first responders as well as those in military uniform who fought in the wars fueled by the 2001 attack. The event begins at 9 a.m. Saturday, Sept. 11.

“It’s hard, heavy work,” said Jill Hubbs, WSRE’s General Manager and Executive Director, as she watched the young students carry the tribute wall panels. “The irony is, none of them were even alive on that day. Same with the baseball team which was out here earlier. They (the student-athletes) are coming tomorrow to be part of the event and learn more about what happened and to pay their respects.

Penny Belford, the women’s basketball coach, said helping construct the tribute wall is a good learning opportunity for her players.

During Saturday’s event, the names of the 13 U.S. service members recently killed during the withdrawal from Afghanistan will be added to the wall.

First responders, including local law enforcement and firefighters, will be available to meet and mingle with the public and demonstrate their equipment. Pensacola area leadership from the military, law enforcement, fire departments and the city and county also will be on hand.

Musical performers throughout the day include the Modern Eldorados, Sugarcane Jane, the Pensacola Opera Singers and jazz vocalist Kitt Lough. Children from the Mixon Magic Performance Studio also will perform. 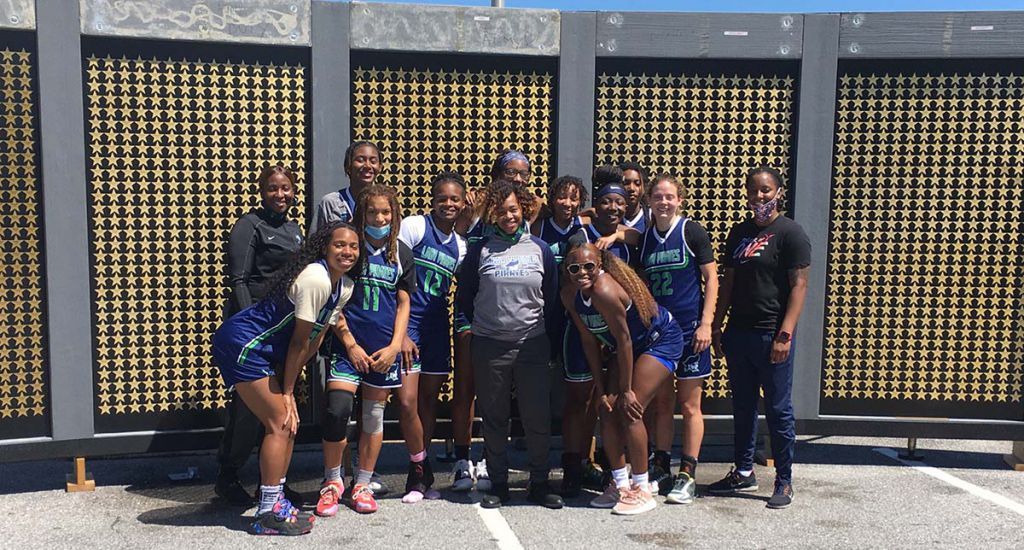