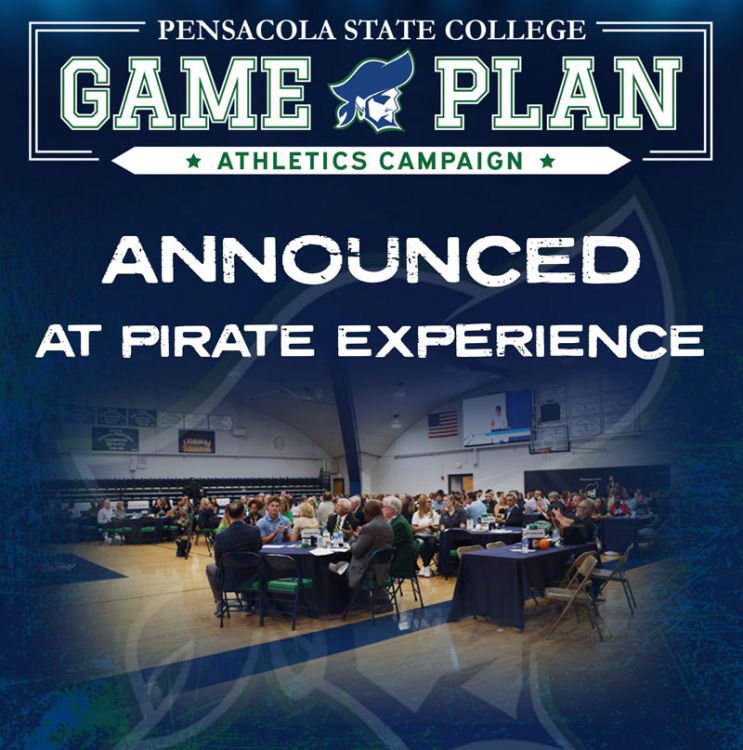 Future Pirate Experiences are going to be even more awesome and exciting.

“We’re going to make you even more proud of PSC than you are now,’’ said Bates, who will chair the athletics fundraising campaign. “Our mission now is to go out into the community and let everyone know that this where they need to invest.”

A highlight of the campaign is the plan to create a top-tier soccer complex on the Pensacola campus, complete with bleachers, concession stand, locker room, press box, scoreboard, and more. Pensacola State will field a women’s soccer team beginning in fall 2023.

Other major funding initiatives include the construction of an Academic Success Center for student-athletes, an Athletic Training Center which would include an emphasis on nutrition, locker rooms for volleyball and cross-country and softball batting cages.

There are naming opportunities for all new structures as well as many existing athletic structures and facilities.

Pricing examples for some current and future naming opportunities:

Donors can give to specific programs such as softball, baseball or any other team, include the new esports team that starts next month. Gifts can also be specified for certain facilities and structures.

“We’re going to make this a special place,’’ Bates said. “This is going to be a facility to match a championship program.”

For more information on the PSC Game Plan Athletics Campaign, go to https://pirates.pensacolastate.edu/.

Though the campaign was the newsworthy part of the 2022 Pirate experience, the rest of the festivities featured all PSC athletic teams – men and women’s basketball, softball, baseball, cross-country, volleyball and esports – through pre-recorded video introductions.

Free food for guests was provided by Bubba’s 33 and Walk-On’s Sports Bistreaux.