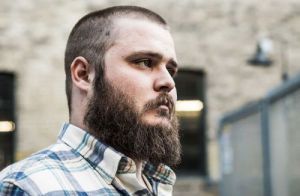 Neil Hilborn has overcome some personal struggles in his life. Rather than let them beat his down, Hilborn turn those battles into poetry.

The college’s Active Minds chapter also will host a reception for Hilborn from 5-6 p.m. Thursday in the upstairs gallery of Chadbourne Library.

Hilborn uses his personal battle with mental illness as the inspiration for his poetry. His well-known poem, “OCD,” has been viewed online more than 75 million times.  He has performed in 40 states and eight countries, and has traveled more than 100,000 miles to perform his poetry.

As a child, Hilborn was diagnosed with obsessive-compulsive disorder, and he was diagnosed with bipolar disorder while in college. Though he did not originally use poetry as a coping mechanism, when he was a teenager his work shifted toward helping him deal with his disorders.

Hilborn began writing slam poetry and competing/performing in 2009. He was a part of the Macalester College’s slam poetry team and the Minneapolis Adult National Slam Poetry team.

Ticket are $11 for reserved admission; $9 for seniors, non-PSC students and children; $7 for PSC faculty and staff, PSC Senior Club and Alumni Association; free for PSC students with a current ID.

Purchase tickets online at www.pensacolastate.edu/mt or at the Lyceum Box Office, Building 8, Room 861, from 8:30 a.m. – 4 p.m. Monday through Friday.