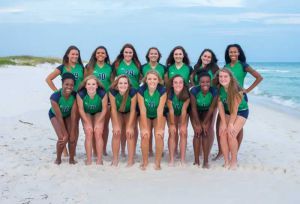 The Pensacola State volleyball team moved to a 17-2 record when the Lady Pirates dominated Andrew College in a doubleheader on Monday in Hartsell Arena.

The Lady Pirates are 1-0 in Panhandle Conference play, and the team is scheduled to meet rival, Gulf Coast Community College, at 6 p.m. Wednesday in Panama City. Pensacola State is ranked No. 9 by the Florida College System Activities Association.

Y’Tae Cobb, a Pirate middle hitter, is leading the NJCAA in hitting percentage at .477. A freshman, Cobb is from Muscle Shoals, Alabama.

Sophomore Iyaria Walker is eighth in the NJCAA in hitting percentage at .395. A middle hitter, she is from Houston, Texas.

Other team highlights include being ranked in the Top 20 in hitting percentage, service aces, service aces per set, block assists, total blocks, total points and finally points per set.