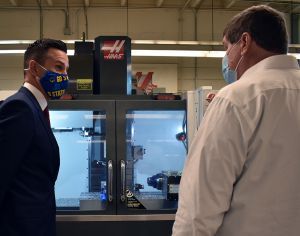 “Pensacola State College’s reputation precedes it in Tallahassee,” Mack III said. “As we think about an integrated CTE workforce education system, I’m interested in those colleges like Pensacola State that do it all, frankly.”

Mack III has been in his position since November 2019.

His visit began with meeting Pensacola State President Ed Meadows and other administrators, who shared information on the College’s various campuses and their missions. Meadows also mentioned PSC’s many honors and accolades, including the RN-to-BSN Program’s No. 2 ranking among Florida College System institutions in the “2021 Best Online Bachelor’s Programs” by U.S. News and World Report. 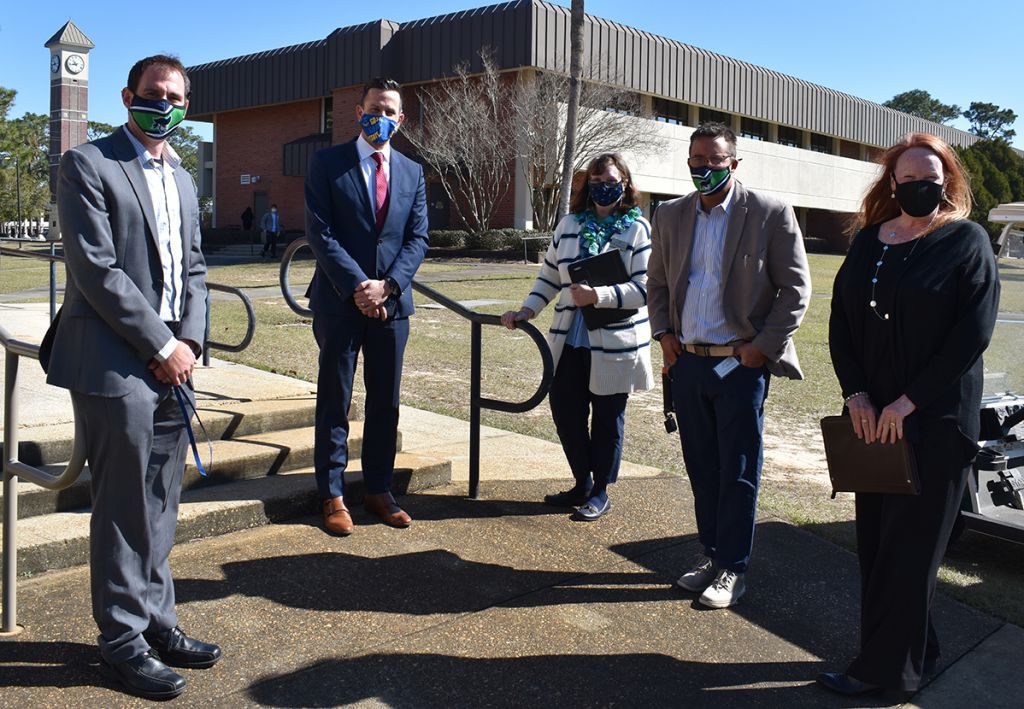 “That’s great, really interesting,” he said, before asking Hopkins more questions about the program, including course load and program duration. “There’s a lot of creativity here.”

Mack III next stopped at the Adult Education Program, where he met with Adult Education Director Debby Meyer. The two talked about various issues such as the need to fortify the path between adult education and postsecondary education.

His last stop was to the Mechanical Design and Fabrication Program, where program coordinator Mike Cannon showed him various state-of-the-art technology the College uses.

Cannon sent Mack III and Piccolo home with a couple of wooden coasters with the PSC insignia that were created in the program.

Mack III came to PSC hearing about the College’s reputation. He left knowing the reputation is earned.

“It’s unbelievable,” Mack III said about his visit and impressions. “The level and qualify of equipment the College uses is incredible. And the enthusiasm of the instructors and the commitment to postsecondary education is impressive. Among the 28 state colleges, certainly PSC is well up there.”