Pensacola State graduation set for May 8 at Bay Center 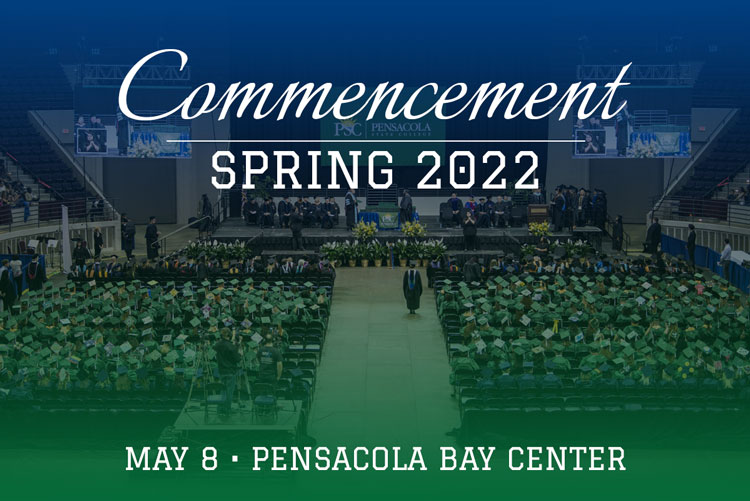 Pensacola State College will hold Spring 2022 nursing pinning and graduation today, May 5, and Sunday, May 8, respectively.

Ed Meadows, PSC president, will deliver comments and recognize the 13 bachelor’s and 95 associate degree graduates from the nursing program.

The College’s commencement ceremony is scheduled for 3 p.m. Sunday in the Pensacola Bay Center. Carol Carlan, PSC’s longest-serving District Board of Trustees member, CEO of Carlan Consulting and president of the Ascension Sacred Heart Foundation, will be the guest speaker.

A PSC graduate, Carlan has served on the Board of Trustees since 1999 and is past president-emeritus of the Pensacola State College Foundation

Known for her heartfelt commitment to education, business and social issues, she has guided dozens of nonprofit organizations throughout her career. Carlan was one of 25 Floridians appointed by former Gov. Charlie Crist to serve on the Department of Juvenile Justice Blueprint Commission in 2007.

She was appointed by former Gov. Jeb Bush to be the inaugural chair of the Florida Institute for Human and Machine Cognition. Carlan also is a founding member of the PACE Center For Girls Escambia/Santa Rosa and a John Maxwell Team Founding Member.

She has been recognized as Business Leader of the Year by both the Pensacola Business Journal and the Pensacola Bay Area Chamber of Commerce PACE Awards. She received the Leadership Pensacola Blue Angel Leadership Award, and the PACE Center for Girls Pioneer Award by the PACE State Board of Trustees for her years of service.

For more information on the nursing pinning and graduation ceremonies, call Sheila Nichols, the College’s executive director of marketing, at 850-484-1428.