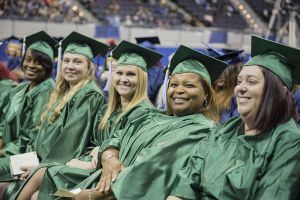 Summer and fall Bachelor of Science in Nursing, Associate of Science degree in Nursing and Practical Nursing program graduates will be pinned during a 3 p.m. Dec. 9 ceremony at First Pentecostal Church, 6485 Pensacola Blvd., Pensacola. Dr. Troy Tippett, a Pensacola State College District Board of Trustees member, will be the guest speaker.

A retired neurosurgeon and medical director of the Neurosurgical Group of Pensacola, Tippett earned his undergraduate degree from the University of Missouri and completed medical school and neurosurgery residency at the University of Tennessee in Memphis. He is board certified by the American Board of Neurological Surgery and served in the U.S. Army Reserve and the Tennessee Air National Guard.

Adult Education graduation is set for 6 p.m. Dec. 9 in the Delaino Student Center, Building 5, on the Pensacola campus. Richard Carr, a PSC Humanities and Social Science instructor, will be the guest speaker. 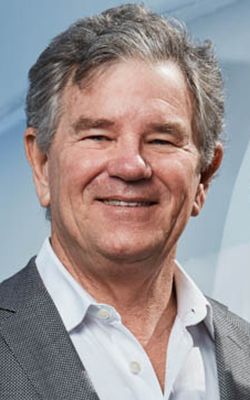 The PSC commencement ceremony is scheduled for 3 p.m. Dec. 12 in the Pensacola Bay Center. Julian MacQueen, a Pensacola State College District Board of Trustees member, will be the guest speaker.

Students are limited to eight guests each. Attendees are encouraged to wear face masks and follow social distancing protocol at the nursing pinnings and graduation ceremonies.

MacQueen is the founder and chairman of Innisfree Hotels, the Gulf Breeze-based hotel development and management company that owns and operates a collection of hotels in the Southeast.

Since founding Innisfree Hotels in 1985, the company is currently ranked as the 42nd largest hotel company in the United States and the seventh largest employer in the Pensacola metropolitan statistical area.

Recognized for his hotel management prowess and philanthropy, MacQueen has been awarded with the 2018 Lifetime Achievement Award Florida Restaurant and Lodging Association, 2019 Elvin McCorvey Education Award by NAACP, and 2020 Florida Trend 500’s Most Influential Business Leader in Hospitality.

For family and friends who cannot attend, the events will be livestreamed at: