‘Life in a Jar: the Irena Sendler Project’ at PSC Ashmore Auditorium April 1-2 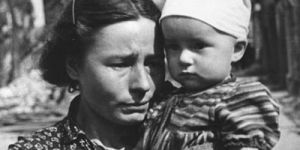 During World War II, Polish social worker Irena Sendler, along with her underground network, rescued 2,500 Jewish children in Warsaw, largely by knocking on doors in the Jewish ghetto and, in Sendler’s own words, “trying to talk the mothers out of their children.”

“Life in a Jar: the Irena Sendler Project” brings this gripping story to life at Pensacola State College’s Ashmore Auditorium on the Pensacola campus April 1-2.

When the Germans invaded Warsaw in 1939, Sendler began helping Jews by offering food and shelter. In 1940, more than 450,000 Jews were forced into an area called the Warsaw Ghetto. Sendler began focusing on saving the children by smuggling them out and then adopting them into the homes of Polish families or hiding them in convents and orphanages.

“Life in a Jar” is also the story of Kansas high school students who rediscovered Sendler’s heroic actions while working on a National History Day project and then continued to spread her inspirational story.

Purchase tickets online at www.pensacolastate.edu/lyceum or at the Lyceum Box Office, Building 8, Room 861, from 8:30 a.m. to 4 p.m. Monday – Friday. Tickets are also available at the door one hour before a performance.