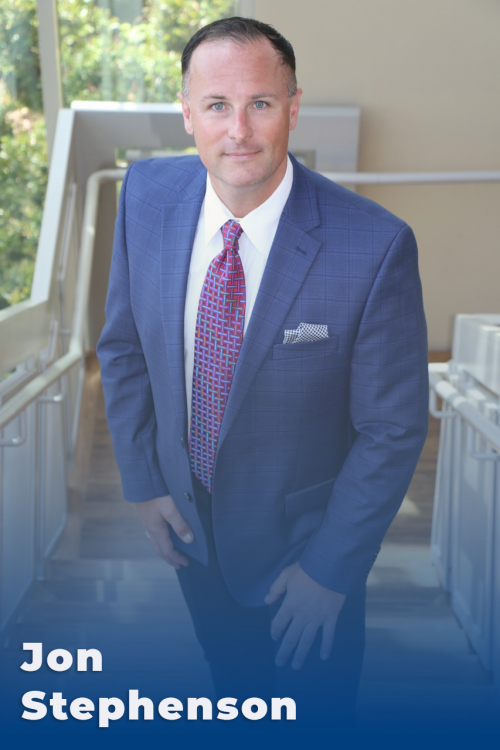 Jon Stephenson is just a few days into his job as Pensacola State College Associate Vice President of Student Affairs, but he’s already admitted to being a few moments late for a meeting or two because he was helping students find where they needed to go.

He’s still learning the Pensacola campus, but Stephenson already has his priorities in order.

“I think everything depends on student services and having a student-first philosophy,’’ he said. “If you’re not displaying customer service and putting the student first, you’re not going to be successful.”

Stephenson has a record of success. Before coming to PSC, he was Coordinator of Recruiting and Student Engagement at Wallace State Community College in Hanceville, Alabama, and helped lead increases in student enrollment.

“We had the highest re-enrollment in over seven years and the highest increase in enrollment among two-year colleges in Alabama,’’ he said. “We had a plan in place and then really focused on providing service to our students.”

Stephenson’s previous experience also includes a four-year stint as Coordinator of Field Experience and Internships at Athens State University in Athens, Alabama, and as Career Coach/Coordinator of New Student Orientation at Drake State Community and Technical College in Huntsville, Alabama. He also was an Academic Adviser/Recruiter at Shelton State Community College in Tuscaloosa, Alabama.

“I think a lot of colleges look at students as numbers, but to me students are success stories,’’ he said. “We have to show our students that we value them and that we can and will help them meet their goals.”

PSC President Ed Meadows said Stephenson is a tremendous asset to the College.

“Dr. Stephenson is a person of high energy and creativity and has started his tenure with enthusiasm and purpose and has made an immediate impact with his initial assignments,’’ Meadows said. “He has lead record enrollment growth at Wallace Community College in Hanceville, Alabama.  I have no doubt his leadership will yield the same results for PSC.”

A community college graduate himself, Stephenson earned an Associate of Science degree from Snead State Community College in Boaz, Alabama, in 2005. He earned his Bachelor of Science in Business Management degree from Athens State University in 2005.

In 2015, Stephenson earned a Master of Arts in Leadership degree from Hannibal-LaGrange University in Hannibal, Missouri, and a Doctor of Education in Educational Leadership from the University of the Cumberlands in Williamsburg, Kentucky, in 2021.