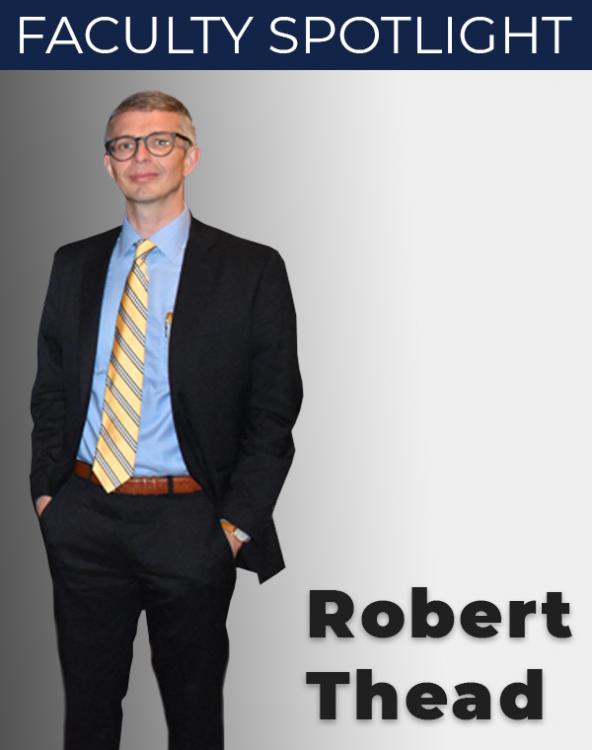 What’s the most important number in existence? Some will default to Pi, others to Euler’s number and maybe a few might even go with 137, a number some smart folks have theorized could help physicists unravel the grail-like grand unified theory long sought.

(And, of course, there’s 42 for all the fans of “The Hitchhiker’s Guide to the Galaxy.”)

Pensacola State College political science instructor Robert Thead goes in a different direction. But don’t doubt his alternative, because Thead is one of the smart folks too.

“I explain to students that the yield of a 10-year Treasury bond is the most significant number of their existence,’’ Thead said. “I focus on what I consider to be the beating heart of the 21st century and that’s the understanding of how financial markets work. I’m not talking about the stock market. Students get a very sophisticated look at government debt markets and how they work or what kind of constraints U.S. federal government borrowing costs impose.”

No, if you’re expecting the traditional political science classes from yonder years – “What are the three branches of government?” “How does a bill become law?” – that’s not what Thead is about. He aims to use the classroom as a tool to help students understand the increasingly complex world that we all inhabit.

“I’m not going to give them the rehashed version of the story we tell ourselves of who we are which they have heard from Day 1,’’ Thead said. “We tell that story for good reason – to create good citizens. But at the same time, unless we can use the things that are happening around us to look at the world now – the world these students are going to inhabit – I don’t see a purpose in taking a class like this.”

Thead is truly tuned into the gears and mechanism of the 21st century global landscape. Bring up a current event – war, economy, shortages – and Thead can tie it to a slate of other intertwining issues and events that others might not see. Thread sees the threads and connections.

“You start to look at issues resulting from the fallout in Ukraine,’’ he said. “A lot of people are now chasing down how many lobbying firms have accepted money from businesses in Russia and then work to influence the U.S. government.”

Then, he launches into a lesson on the compensation models for lobbying firms and from there, food politics and the debt crisis.

He knows it’s a lot for students to try to understand.

“The 21st century is such a complicated place,’’ he said. “I am a long term and very intense student of this century, but I can’t claim to you that I’m sure I get it all myself. And for students, 99 percent have no desire in pursuing another political science class and certainly not a political science degree. I’m not trying to lure them in, but I’m not trying to turn them off from the discipline either.”

Thead’s goal is to help prepare his students to survive and thrive in this “complicated place.”

“In takes four months to produce a population of students who by the end of the semester are capable of having in-depth and complex conversations about controversial topics,’’ Thead said. “I try to draw them out of their shells so they’re able to talk about these issues. It just takes some time.”