Dust off the old saxophone! (Or tuba, clarinet, whatever). Pensacola State College wants YOU to join Concert Band, Jazz Ensemble 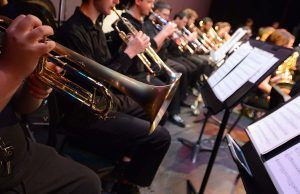 Well, I’m out. Just learned I’m ineligible to play in either the Pensacola State College Concert Band or, and this one hurts the most, the PSC Jazz Ensemble.

There go my dreams of recreating John Coltrane’s reverent masterpiece “A Love Supreme” before a slack-jawed audience. No mesmerizing a crowd with gauzy, romantic melodies like Miles Davis’ “Generique” or working an audience into a collective frenzy of ecstasy like Duke Ellington at Newport.

Apparently, PSC Band Director Doug Holsworth wants people who can play an instrument, not just appreciate the wondrous sounds those artistic tools can make. Seems rather arbitrary to me, but whatever… 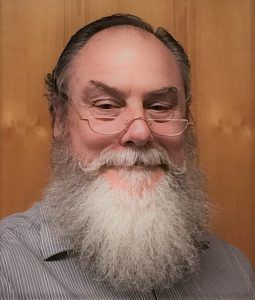 So, if you’re a PSC student and can play an instrument, Holsworth would love for you to come join the PSC College Concert Band – sometimes referred to as the Wind Ensemble – or the PSC Jazz Ensemble. You won’t just be playing – you’ll be earning college credits since both musical groups meet for a traditional class. (Continuing Education students can also join these classes). No need to be a music major. You just need to be able to play an instrument and meet for classes.

“I would like to send out an invitation to all PSC students to come and join the band program here,’’ said Holsworth said. “I am sure there are lots of students who were in their high school bands and would want to continue planning in an ensemble.”

But Holsworth said musical experience is a must. It’s not a beginner’s program. So, again, I’m out. I can almost play half of “Louie Louie” on guitar, that’s something right? Besides, I always come back to the classic, hilarious Lou Reed quote espousing minimalism in music: “One chord is fine. Two chords are pushing it. Three chords and you’re into jazz.”

I guess since I can play an A, D, G and C chord – no dreaded F chord – I’m a jazz cat by Lou’s standards. But PSC’s standards are different. And apparently, higher.

For information on the program, contact Holsworth at 850-484-1810 or dholsworth@pensacolastate.edu.