‘An Evening with Lydia Loveless’ set for Sept. 28 at Pensacola State 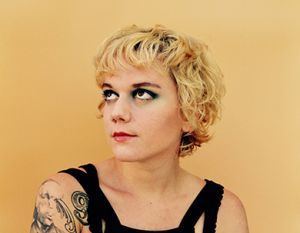 Pensacola State College invites you to “An Evening with Lydia Loveless” on Friday, Sept. 28.

Blessed with a commanding, blast-it-to-the-back-of-the-room voice, Loveless will take the stage at 7:30 p.m. in Ashmore Auditorium, Building 8, on the Pensacola campus, 1000 College Blvd.

In 2012, she signed with Bloodshot Records, and has released numerous works, including her 2014 breakout album, “Somewhere Else,” which Rolling Stone praised as “… an aching, lusty set of twang and sneer wrapped in electric guitar swagger.” That same year, the magazine named Loveless as one of its “10 New Artists You Need to Know.”

In 2016, Loveless released her third studio album, “Real.” The A.V. Club called it “an adventurous, brutal honest sucker punch.” She also was the subject of the 2016 documentary, “Who Is Lydia Loveless?” directed by Gorman Bechard.

Born in Ohio, she has toured with Jason Isbell and the Drive-By Truckers and other artists.

Tickets for the concert can be purchased online at www.PensacolaState.edu/mt or at the Lyceum Box Office, Building 8, Room 861, from 8:30 a.m.-4 p.m. Monday through Friday.