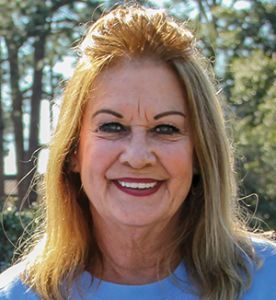 The year was 1994, and Tammy Henderson, the College’s human resources director, remembers her love and commitment to the Association of Florida Colleges.

“Back in the late ‘90s while serving as the chapter’s membership officer, I worked so hard on recruiting that I gained the nickname of ‘That AFC Lady!’ People would pass me in the hallways saying, ‘I’m gonna join, I’m gonna join…,’ because my outreach to potential members was very broad,” recalled Henderson, who has been an active AFC member for much of the 25 years she has worked at the College.

During those years, Henderson said the PSC chapter received several AFC membership awards and even a state-sponsored campus cookout.

An avid AFC advocate, Henderson has held several positions throughout the years on the College’s Chapter Executive Committee, and represented PSC at local, region and state conferences. She also has served as Region 1 representative on the Human Resources and Finance committee, and as a committee member of the state’s community service project in 2014.

“She works tirelessly throughout the year on the Chapter Yearbook documenting and showcasing our chapter activities, which is submitted to the AFC Awards Committee prior to the annual conference,” said Melonie Minor, current AFC president.

“She has played a strategic role in many of the awards the PSC chapter has received over the years. She remains hands-on and passionate in all the community service projects coordinated by the chapter.”

Locally, Henderson has chaired the school supplies drive ─ Stuff the Bus/Cram the Van about 10 times during her membership years – and was even interviewed by WEAR-TV 3 anchor Sue Straughn about the College’s participation.

“I am beyond honored to be recognized by our chapter,” Henderson said. “The networking and professional development opportunities gained from membership have paid off in many ways. Getting to know other members throughout the state has given me ways to connect with people who share our same mission. AFC is big about recognition and awards. There have been so many of our members and our College programs selected or honored that there is not enough space to list them all!”

Henderson earned a master’s degree in management from Troy University, and her bachelor’s degree in public relations from Marshall University. Before coming to Pensacola, she was employed by a federal contractor. She is a graduate of Santa Rosa Leadership Class 18 and was a member of the Greater Pensacola Chapter of Society of Human Resources.