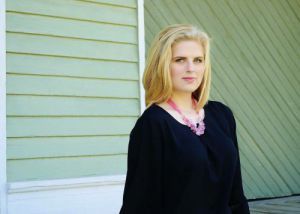 Six Pensacola State College students each received a $1,000 grant from the Florida Theatrical Association to offset educational costs during the spring semester.

Pensacola State once again received the maximum award of $6,000 that the FTA bestows to qualifying institutions.

Brannon, a freshman in the program, is not new to the stage. For the past three years, he has performed a lead role in each of Pensacola State’s Summer High School Onstage Workshops, including “Big” and “Crazy for You.”

He even mastered a Chinese accent to play Ching Ho in “Thoroughly Modern Millie!” Brannon also was cast in “The Addams Family” which was staged in October.

Lane, a freshman, was cast as an ancestor in “The Addams Family.” A student assistant for the director of theater.

After graduating from Pensacola State, Lane plans to transfer to a Florida university and major in theater.

Lindholm, a freshman, has performed leads in “Big,” “Crazy for You,” “Thoroughly Modern Millie” and “The Addams Family.” She was a nine-year member and soloist of the college’s children’s choir.

McNutt has a voice and personality known throughout Pensacola and has a reputation of being a reliable leader and hard worker. He most recently was cast in Pensacola Little Theatre’s productions of “My Fair Lady” and “Footloose.” He wants to be a high school drama teacher.

Relatively new to the theater community, Ruschel is already proving his leadership skills. He participated in “Thoroughly Modern Millie” and “Footloose.” After college, he hopes to work as an actor after receiving his bachelor of fine arts degree.

Wright portrayed Mrs. Meers in “Thoroughly Modern Millie” and was cast as an ancestor in “The Addams Family.” She hopes to become a high school drama teacher after receiving her bachelor of fine arts in acting and master’s degree in education.

The Florida Theatrical Association was founded to educate and develop new theatre audiences and preserve touring Broadway Theater. The Association’s scholarship program through grants was created in 1994 to assist Florida’s finest performing arts colleges and universities.