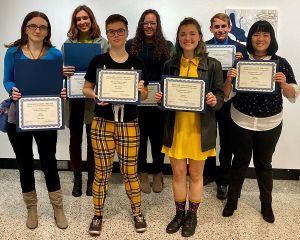 What does a swarm of bees and an abusive relationship have in common? A lot, says Pensacola State College student Madelaine Copeland’s about her story, “Nora and the Bees.”

“It’s supposed to be comparable to an abusive relationship ─ that at first seems great but it’s not,” explained Copeland, who won first place in the short fiction category of the 2019 Walter F. Spara Writing Competition. “Bees usually will not sting you but wasps are a lot more consider aggressive. And sometimes in relationships, wasps disguised themselves as bees early on before revealing their true selves.”

A general studies major, Copeland was among nine to place in the annual competition named for Spara, a Pensacola State English professor from 1966 to 2000, who initiated the college’s creative writing program and its nationally-recognized literary journal, “Hurricane Review.” The outstanding writers were recognized at an awards reception on Nov. 13 in the College’s Anna Lamar Switzer Center.

Copeland, a second-year general studies major, said a painting she saw online was the inspiration for her short story.
“I was absolutely surprised I won first-place,” said Copeland who plans to transfer to the University of Central Florida and eventually pursue a career as a writer. “I would love to be a writer – maybe even a journalist. As long as it involves writing, I will be happy.”

Poetry:
● First place: Virginia Burton’s “I Learned That Self-Defense is the Best Kind of Fence”
● Second place: Melissa Bishop’s “The Fourth Wall”
● Third place: Wren Godwin’s “When You Make Wolves of Us” 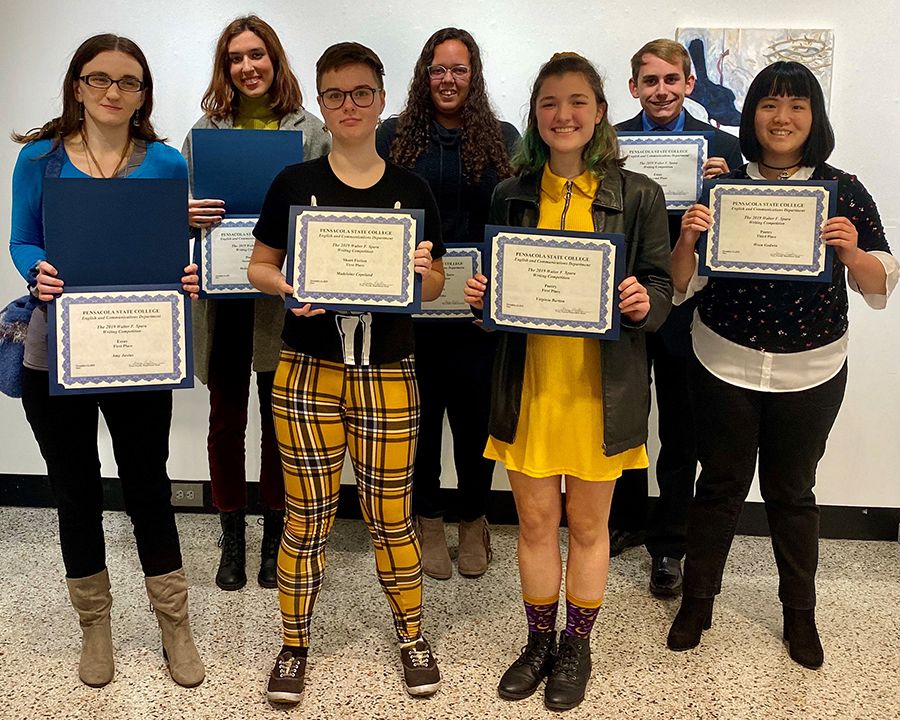