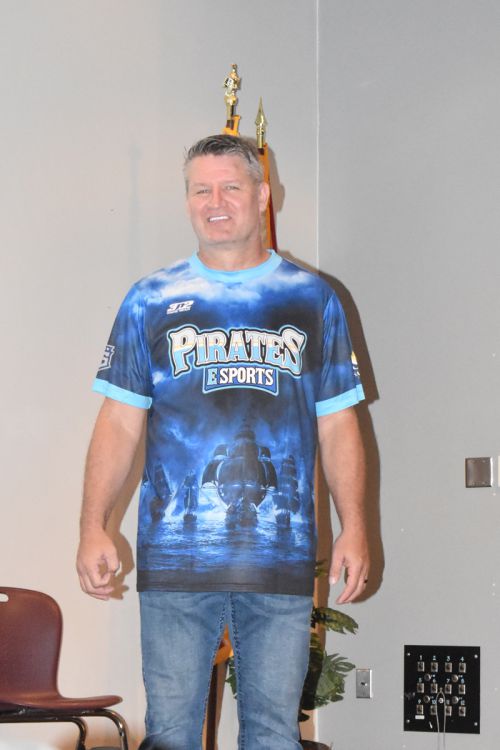 Scott Brumfeld isn’t a runway model by trade. But there he was on stage at a July 26 Pirate Path New Student Orientation in the Hagler Auditorium, performing a catwalk full turn to show off all angles of the flashy new Pensacola State College esports jerseys.

These orientation sessions aren’t just about making sure students are registered for classes and getting their schedules in hand – though that’s surely a big part of the sessions. No, they’re also about introducing new and prospective students to all aspects of the College and its culture, from clubs and organizations to athletics and intramurals and much more.

“There are so many different and exciting opportunities for you at Pensacola State College,’’ said Jon Stephenson, PSC Associate Vice President of Student Affairs and event host. “We want you to be successful and have a great time while you’re here. Remember, we’re here to help you succeed.”

The New Student Orientation was just one of the orientation sessions held  to help students prepare for the fall semester which begins Aug. 15.

More than 100 students came out for the July 26 orientation session, which included Pensacola campus tours, a student resource fair, and breakout sessions for students in various fields of study.

Jason DePadilla was one of the more than 50 students who turned out for the Milton orientation.

“I had never been to this campus before, so I decided to come out for orientation and find out where all my classes are so I’m not scrambling around on the first day of class,” he said.

DePadilla, who graduated from an Alabama high school in 2019, wants to be an educator. 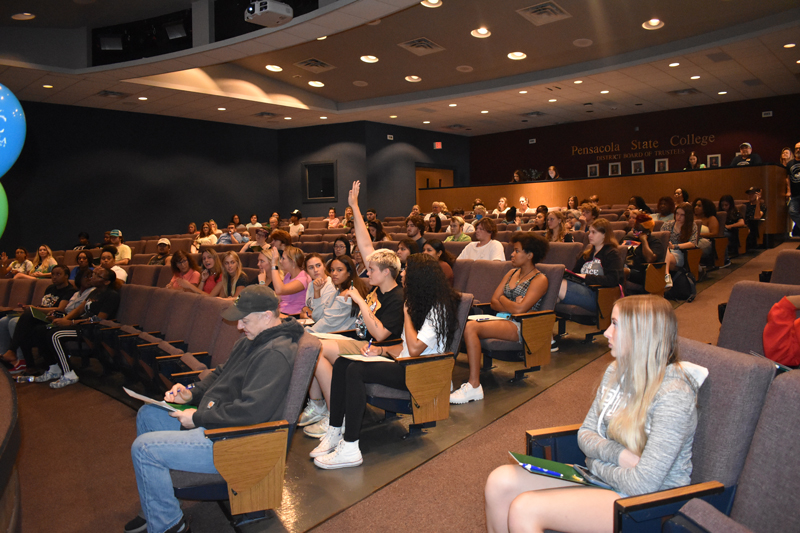 “I tutored a lot in high school and teachers have always been a big influence on me,’’ he said. “I want to have that same effect on other students.”

“We have a few of the same classes together,’’ Lipai said. “So that’s nice. I’ve had lots of friends who have gone here and have told me it’s a good school.”

Each orientation session featured a host of speakers, including recruiters, admission specialists, faculty members and advisers.

“It’s a special moment seeing you at this next stage of your lives,’’ said PSC recruiter John Solet, speaking at the session. “It’s an exciting time for you, and it’s a chance to connect to resources here on campus and explore all the opportunities that PSC offers.”