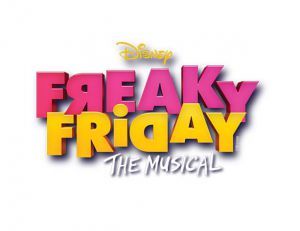 “It’s like having an all-star baseball or softball team,” said PSC Director of Theater Rodney Whatley, who is directing the production. “You get all the best high school drama students and they get a chance to work together and put on an all-star show.”

There are no tuition fees to participate and perform in the workshop. Everyone who auditions will be in the show. Some students will be eligible to receive three college credit hours. Students register for the workshop through the Pensacola State College Recreation and Leisure Program.

This is the first PSC Summer High School Onstage Workshop since 2019. The 2020 workshop was canceled because of the Covid-19 pandemic.

Whatley said the workshops and performances are a good recruiting tool for PSC.

“If you want to go to a great place to study theater, here’s what it’s like to do theater here at PSC,” Whatley said. “It’s a chance to showcase what we do here and show these students the quality of our program.”

The first PSC Summer High School Onstage Workshop was in 1991, when students performed the hit musical “Grease”. Whatley joined the College in 2005.

“Freaky Friday” is a musical based on the 1972 book by Mary Rodgers, and the subsequent Disney films based on the book. It tells the story of an overworked mother and her teenage daughter who magically swap bodies. Mother and daughter come to appreciate each other’s struggles after walking in the other’s shoes.

Auditions are open to all area high school students. Auditions are at 8 a.m. on June 14-15 in the Pensacola State College Ashmore Auditorium.

Rehearsals will take place from 8 a.m. to noon on Monday through Thursday beginning June 16 and ending July 15. Tech week rehearsals will be on the evenings of July 19-22. Ticket prices and ticket sales date have not yet been announced.