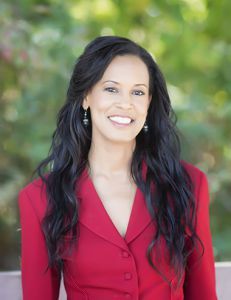 Her duties encompass student and employee minority recruitment, and producing/hosting responsibilities for the “PSC Today” and “PSC Aware” programs aired on WSRE-TV. An integral part of this position also entails assisting and leading various Cultural Diversity Committee initiatives and activities.

Leary also is a business instructor at the College, and was recognized as the 2018-2019 Outstanding New Faculty Member.

Leary has an extensive background in television news and diversity initiatives. While employed at WCSC-TV Channel 5 in Charleston, South Carolina, she worked as a producer, reporter, news anchor, “Live 5 News at Noon” host, and public affairs director. While at Trident Technical College in Charleston, she served as assistant director of recruiting, and spearheaded numerous community projects.

Leary received a master’s degree in management with an emphasis in public relations from the University of Maryland. She earned a doctor of philosophy in communication from Regent University. Her dissertation focus was colorism (intra-racial discrimination) in film. The study was entitled: “Colorism in Media Content: A Qualitative Study Focusing on Film and Perception.” She explored its impact on African-Americans in the industry and society as a whole.

Also, Leary was awarded two Community Service Awards from the City of Charleston, and has received numerous accolades for her work with Project Cool Breeze, an initiative she co-founded, which helps provide brand new fans and air conditioning units for senior citizens.

In 2009, she was recognized by the South Carolina State Senate and received a special proclamation for her outreach initiatives.

Pensacola State President Ed Meadows stated that PSC having Leary in this role will enhance the efforts of the College in minority recruitment of students and faculty and staff. He added it will also further the College’s efforts to better serve the community with meaningful outreach initiatives.